For and Against: Shark Skwal

We've scoured the internet for owner's reviews and these are the key things they like and don't like about the Shark Skwal. 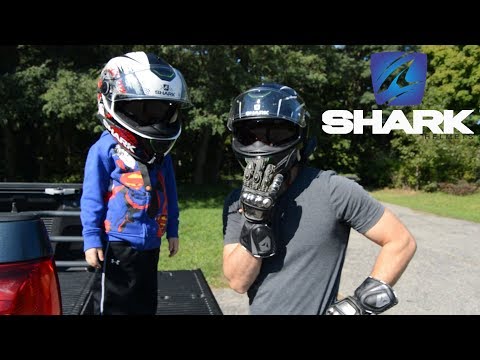 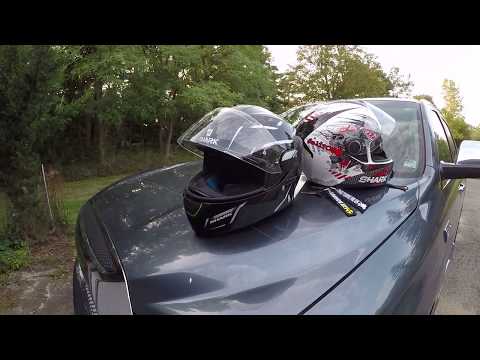 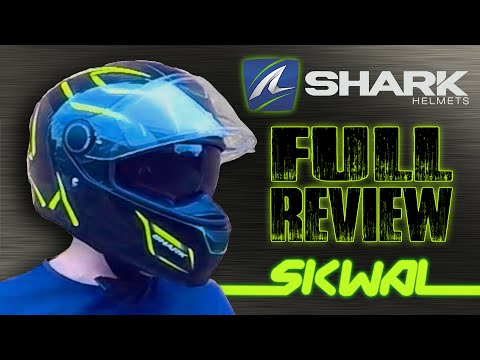 Built from thermoplastic resin injected and featuring an integrated LED lighting system, Shark’s Skwal takes motorcycle helmet safety to the next level. Ride magazine also acknowledged this fact as the Skwal recently achieved the much sought after Ride Recommended accolade. The battery-powered lights last 5-8 hours per charge, and are recharged via a simple USB charging system. The helmet’s LED system can be set to be on, flash, or stay off continuously. Each Skwal helmet features a Maxvision Pinlock visor, an integrated anti-scratch sun visor and planned locations for Sharktooth, the Bluetooth communication system developed by Shark in-house. We have a feeling that this idea will catch on which means you will see it over the next couple of years on several other motorbike helmet brands. Be seen and be safe, and do it in style whatever motorcycle you ride!

Initially really liked this helmet. Good fit, comfortable with good visibility. However, soon discovered that at speed of 100mph+ a whistle starts, and increases in volume with increase in speed. I wear noise reducing ear plugs and even with these in, the whistle was quite audible and annoying. I tried varying riding positions, but this made no noticeable difference.

Also, I went to remove the visit the other day and the C piece snapped. I then discovered when looking for a replacement visor that this is due to a known issue with these visors. Button for lights is not recessed, which meant that every time I put the helmet down, I was inadvertently turning on the lights, which after a few months would only work intermittently in any event. David, SportsBikeShop customer

The Shark Skwal is comfortable, well-priced and includes all the features most riders demand, including a built-in sun visor. It’s not the quietest helmet for long touring trips, but for B-roads and town riding it’s ideal.

Factor in its LED light party trick and a huge range of designs and it’s easy to see its appeal. It’s also comfortable for glasses wearers and it has some nice extra features, including preparation for Shark’s Bluetooth system. It also has a Pinlock ready visor, so a Pinlock insert can be fitted out of the box to prevent the helmet fogging up. Georgia,

I bought this helmet to replace my old tattered one and the quality is on another level. The visor is great and does seal up the helmet from the outside world. The lining is comfortable once it moulds to your head. On faster or more turbulent bits of road it really keeps your head straight and not waving about in the wind.

The sun visor works perfectly and provides a good filter from the sun but still not too dark. The LED lights I feel are a fantastic feature, they require more charging than I originally thought however that’s of little concern when they really do help you be more visible at night and also a dusk. I have had many comments on the design and people asking about the LED’s and think its a great idea. Sam, SportsBikeShop customer

Not rated yet by our team...

There are no reviews yet.

Be the first to review “Shark Skwal” Cancel reply

Added to wishlistRemoved from wishlist 0
Add to compare
Full Face

We’re the original motorcycle helmet review comparison website. We list every SHARP approved helmet and aggregate helmets from the UK’s major retailers, ensuring you find the best lid at the cheapest price.

Money saving deals, tips and tricks. Useful stuff in an occasional email. Get it here.