This helmet was discontinued but you may be able to find it for sale with the retailer links on this page. 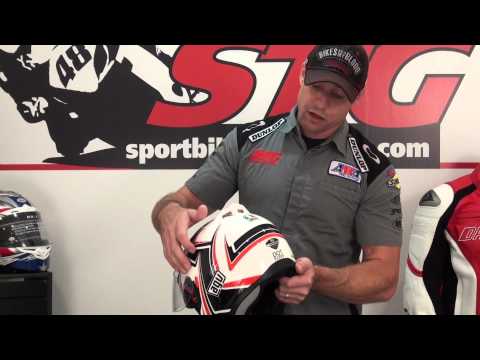 The AGV Horizon ‘s design essentially mirrors that of the Stealth SV, which it replaces in rows. Inspired by the lines that characterised AGV ‘s inventions for many years now, it features a short, streamlined chin guard, shell channels (derived from the IVS used in the RACE helmets), visible sideline lines and edges. The spoiler adds an aggressive and dynamic touch to the design and enhances the AGV Horizon’s airflow, aerodynamics and stability.

The elimination of the holes and lateral grids not only gives a more streamlined look to the helmet, but has also made it possible to reduce friction and improve aerodynamics. Constructed on the same shell as the AGV Skyline, it is the distinct aerodynamics stance that distinguishes the Horizon from its sister model.

Not rated yet by our team...

There are no reviews yet.

Be the first to review “AGV Horizon” Cancel reply

Added to wishlistRemoved from wishlist 1
Add to compare
Full Face

We’re the original motorcycle helmet review comparison website. We list every SHARP approved helmet and aggregate helmets from the UK’s major retailers, ensuring you find the best lid at the cheapest price.

Money saving deals, tips and tricks. Useful stuff in an occasional email. Get it here.